This assemblage consists of a pair of typical leather city shoes with bespoke hand carved vinyl soles, complete with wooden shoe trees and displayed on a mirrored plinth. The handwriting of Margaret Thatcher, taken from her handwritten notes*,  has been faithfully replicated and mirrored in CAD and then hand cut into the vinyl.  The carved vinyl has then been professionally cobbled onto the shoe sole and heel.   The shoes are displayed in such a manner that the reflection from the sole will reveal the text in the sole pattern as a repetition of  "Mine".


* The handwriting was copied from Margaret Thatcher's draft speech, released in October 2014, that was  grabbed from the wreckage of the Grand Hotel following the Brighton bomb in October 1984.   The sole pattern is constructed from a repetition of the word  "mine" derived from the first four characters in the word "miner" from the speech.  The word has been unspun to reveal the original reality and reflect the creep of selfish Capitalism.
﻿

Margaret Thatcher's draft speech, released in Oct 2014, that was  grabbed from the wreckage of the Grand Hotel following the Brighton bomb, 1984 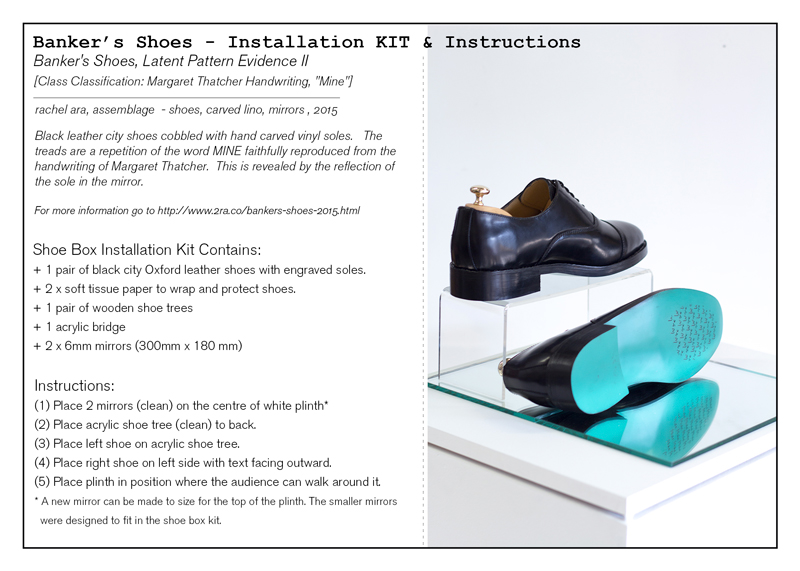